This chapter in the history of textiles takes a personal turn for me. As mentioned in earlier writings, by the late 1800's, many local citizens moved from their farms to the new textile mills in order to provide a better life for their families. My great grandfather, Charles Harris Lavender, worked as a weaver and a loom fixer at the original Haynes weaving plant located in Cliffside, North Carolina. He worked there as early as the late 1910's as he raised his family in the mill village.  One of his sons, Paul Harris Lavender, was born in 1912 and grew up near the mill. As he became older, he also went to work in the Haynes plant and became a loom fixer. His work would take him to several other Rutherford County weaving mills before his retirement in the late 1960's. My father was the first generation since Charles to choose an occupation outside of the textile industry. This departure from textiles was only short-lived as I began my career at the old Mastercraft facility in 1991.

As I look around our state-of-the-art facility here at STI, complete with the most modern weaving equipment (and air conditioning), I can’t help but reflect on the working environment my great grandfather must have endured. Hot summer days with temperatures inside the mill soaring to over 100 degrees, long working days often reaching 14 or even 16 hours, and very few safety measures in place. In his time, the work was hard, but rewarding. If he were here today and were to visit STI, I think he would have never imagined high-speed looms with electronic heads cranking out yards and yards of Revolution Performance Fabrics! We certainly owe a lot to those textile pioneers; both to the owners who had the vision to start such industries in rural towns, and the workers whose hard work resulted in success which future generations could build upon. 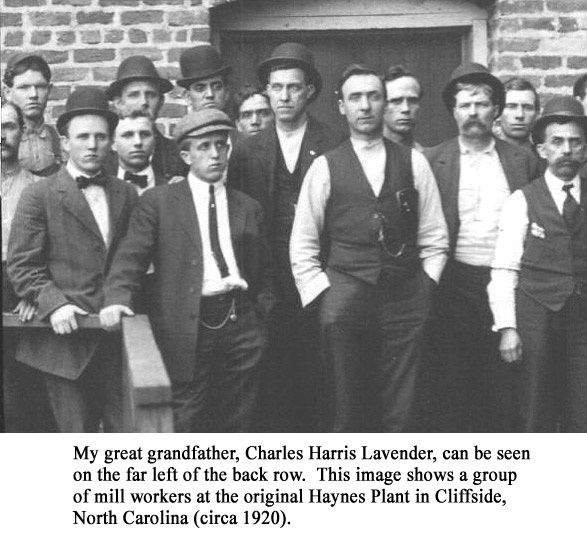