In the late 1800's and early 1900's, many North Carolina textile mills began to employ members of local farming families—men, some women, and even children as young as age 10! As many of these farming families began to work in the mills, transportation quickly became an obstacle for traveling to and from work. Horse and buggy was still the main mode of transportation, and traveling a distance of only 15 or 20 miles could take as much as 2 hours or more.  Mill owners of this time recognized this need and actually built mill villages consisting of wood framed houses with clapboard siding which were stamped out in a “cookie cutter” fashion. Row upon row of identical homes were built and became the homes of those employed by the mill.

Additionally, the mill owners typically built their own “company store” as well as many other enterprises, including some of the first moving picture theaters, gymnasiums, drug stores, and gas stations. All of the needs of the mill workers were typically within walking distance of their homes, or at the worst, a very short horse and wagon ride. As these small towns popped up in rural areas surrounding the mills, the mill owners began to pay their workers with mill tokens or coupons, often referred to as “scrip.” In essence, the mill owners created their own “micro-economies” where the workers would be paid with mill scrip to be used at the mill stores, guaranteeing the cash flow would stay in their hands. These mill villages created a great sense of community among the workers. They became neighbors and they became friends, working and living alongside of one another.

At STI, there is a strong sense of community.  Each employee is more than just a part of a machine and is appreciated more than they know. Every summer and Christmas, STI hosts employee appreciation dinners for all employees. This gives employees a chance to interact with one another in a relaxed atmosphere, and to have a chance to win door prizes too! I am glad to see the strong community atmosphere at STI, but as for me—I’ll just take my paycheck.  We can leave the “scrip” in the past!

Above: A sample of Cliffside Mills "scrip" 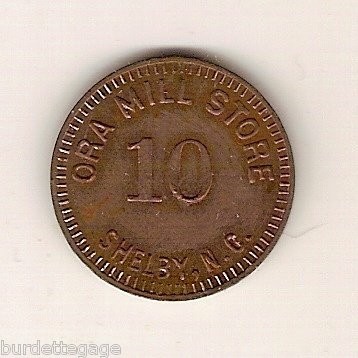 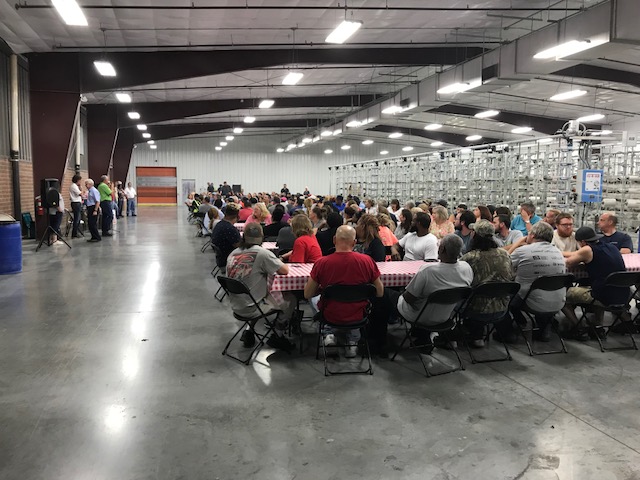 Above: STI employees joining together at their Summer 2018 Employee Picnic!