THE PATH OF LEAST RESISTANCE

When STI introduced Revolution Performance Fabrics three years ago, by far the easiest path would have been to apply a PFC (Poly Fluorinated Chemical) finish. The combination of the inherent cleanability of polypropylene combined with a finish that “beads” water and other liquids would have been the simplest way to go. People associate liquids beading with performance fabric and it definitely creates a WOW factor when you see a demonstration. Frankly, in the beginning it was an uphill battle to sell a performance fabric that didn't repel liquids.

Another reason applying a PFC finish would have been the path of least resistance, is that very few people in general or even in the fabric business, have any idea that there are serious issues with PFCs. Why point out a problem that so few people know about? 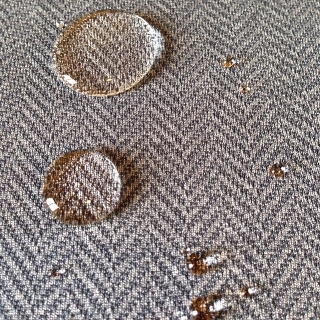 Above: Example of water beading on a fabric likely coated in PFC  Chemicals for the purpose of stain resistance.

The companies selling PFC treated products make claims like “absolutely zero risk”, “100% safe” and one even said the chemicals are as “safe as the fluoride in your toothpaste”! These are reputable people and companies making these claims so most people assume that they're telling the truth.

That brings up another reason that treating our fabrics with PFCs would have been much easier. The people and companies selling treated fabrics aren't happy with me for spreading the message that PFCs warrant serious concern and are being investigated by scientists around the world for safety. I’ve been accused of “making stuff up” and a few choice words have even been thrown my way.

I am not a scientist, much less a chemist, and have never claimed to be. I’ve never made statements that are my opinion, I've only stated the facts. All I have done is point people to the research that has already been done and is ongoing by independent scientists all over the world.

Apparently, one of the things I “made up” is the Madrid Statement that was signed by several hundred of the worlds top scientists in 2015 (click here to read the list of signatories) calling for a number of actions related to all PFCs. Please note who signed the document and where they work; why in the world would we listen to the chemical companies who misled us for decades about the dangers of C8 and disregard the work of independent scientists? The answer is simple: there are no replacements that work as well as PFCs for stain resistance. The industry has spent decades trying to develop replacements that basically use silicone, wax, oil or some combination of the three, but I’m not aware of any that work as well as PFC; hence the extreme reluctance to stop using it.

So why did we decide to take an approach that is clearly more difficult? Quite simply, it is the right thing to do. 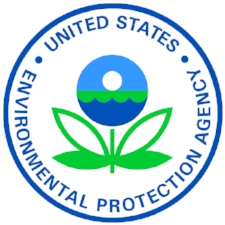 In 2000 we applied PFCs to our fabric when a customer requested it. When 3M pulled Scotchgard from the market in 2000 under pressure from the US Environmental Protection Agency (the EPA - read full story here), and all the US based producers of C8 agreed to phase out US production by 2015, the management team at STI decided we didn’t want to expose our workers, community and customers to these chemicals. Instead, we viewed the “short chain” replacements that were rushed to market after 2000 has basically the same chemistry, bonding Fluorine and Carbon. Scientists call replacing one toxin with a very similar chemical “regrettable substitution”. Contrary to industry claims, these were not thoroughly tested because the EPA doesn’t require them to be and there wasn’t enough time. Besides, the chemical companies are not even required to tell the EPA the names or formulas of these new chemicals under the shield of Confidential Business Information (CBI).

In 2012, two EPA scientists Mark Strynar and Andrew Lindstrom, went to the Cape Fear River in North Carolina looking for C8 near a Chemoursplant. The scientists did not know what Chemours, a DuPont spinoff, had used to replace C8 and whether these new chemicals were entering the river, which is a source of drinking water for much of Southeast North Carolina. The scientists found 12 new PFCs in the river and had no idea what they were. It took a team of 10 scientists from 5 different institutions using a mass spectrometer more than a year to identify the chemicals. Stynar and Lindstrom wrote in response to Susan Lerner at The Intercept that “a new generation of replacement compounds is now out in the environment. These chemicals likely had the same chemical performance properties of the older generation of PFCs, like C8. This would also suggest that their toxicity and environmental persistence are likely to be similar as well." (source: Susan Lerner, The Intercept March 3, 2016 “A Chemical Shell Game”)

At the most recent High Point Market I saw several new performance brands that either use non-fluoridated treatments or use polypropylene like Revolution. I welcome these new brands and especially the growing awareness that there are serious concerns with the entire class of PFCs.

In the end, I am so glad that we chose the right path even though it has been more difficult. The short chain replacements are already spreading throughout the biosphere just like the legacy C8 pollution and they’ll be with us FOREVER!

By the way, production of C8 didn’t stop in 2015, it just moved to places like China and India. It is also NOT ILLEGAL to sell C8 on products in the United States currently. I find this very concerning, and we will continue to sound the alarm even if it makes us very unpopular with segments of the textile and chemical industries.

Susan Lerner’s series in The Intercept can be found online here. It is thoroughly researched and well documented. I highly recommend reading it if your interested in PFCs. She also has a recent op-ed in the New York Times about short chain replacements that you can read here.

The Green Science Policy Institute is a great source of information on PFCs and 5 other classes of chemicals of concern. I highly recommend reading “Fluorinated Chemicals: Myths vs. Facts” and watching their video on fluorinated chemicals. These are only two sources of information, but there are MANY more.

The fluorochemical industry has their version of reality online as well. I’ve read a lot of it, but frankly have a hard time trusting an industry that has done so much damage for decades with C8 in places like West Virginia ($671 million fine for DuPont, for more info read here and here) and Minnesota ($850 million fine for 3M, for more info read here and here). These chemicals have literally spread all over the world after only 70 years of production. Every person reading this blog has C8 in your blood, it will be there for years and you were never given a choice.